Guillermo Mota, welcome to the Hall of Shame 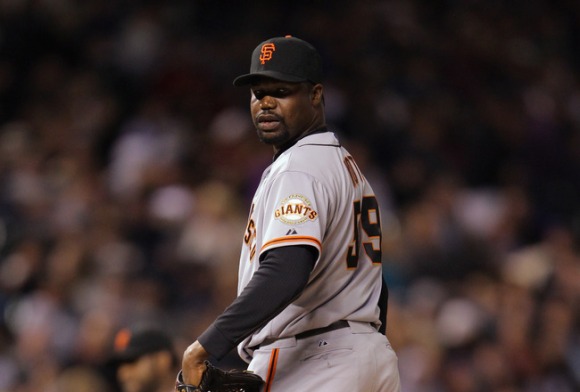 LIVINGSTONE: Congratulations, Guillermo Mota, on your recent entry into the history books – of embarrassment.

Not just personal embarrassment, but embarrassment to a professional sport trying to move on from a dark period where the asterisk could be applied to many records and individual player statistical lines for about two decades (see: Mark McGwire, Jose Canseco, Barry Bonds, Rafael Palmeiro, Roger Clemens, Alex Rodriguez, Manny Ramirez, Lenny Dykstra, etc.)

So you’re the third player in baseball history to test positive for a banned substance twice. The other two? Oakland A’s outfielder Manny ‘I’m going to quit baseball abruptly instead of facing another embarrassing moment in my career’ Ramirez and former Detroit Tiger Neifi Perez. Yeah, I don’t really know the latter either, he apparently made some big double play on a Justin Verlander no-hitter in 2007, a month before being nailed for violating the league’s substance abuse policy.

So, Mota, you’re now, again, among the most dishonorable in baseball. In fact, you’re among an elite group of players who thought they wouldn’t get caught a second time. You’re 38 years old, so the excuse of ‘I didn’t know what was being injected into me’ or ‘I thought it was just vitamins’ doesn’t really fly. You’ve been around long enough to know when something is wrong and, I’d hope, ask questions when someone is about to inject you with something. However, it’s quite possible you just turned a blind eye and said ‘whatever, I’ve got to keep playing’.

Either way, you are among the embarrassing few in baseball who continue to remove a little bit of what purity in the sport is left. Thankfully, you’re not a big name player, like Rodriguez or Clemens or Manny, who have helped lead teams to the promise land. Well, you did win the World Series in 2010 when you were with the Giants, but you struggled and didn’t really help out in winning that series. Thankfully, you fall into the category of semi-no names like Jay Gibbons and former Colorado Rockies pitcher Dan Serifini who were handed 50-game suspensions after failing drug tests.

It’s sad really. In 2012, after all that has gone on with steroids and performance-enhancing drugs – and watching Roger Clemens drag his whole image through the mud being the stubborn man he is – you’d think players would want to avoid this kind of embarrassment – not only for themselves but for their teams, the players and all of professional baseball. The bad example players like Mota set, the win at all costs way of life, will fall on impressionable young players to seek out the same products to make them better ball players.

Whatever the case may be, Mota is another one of those guys we just can’t wait to retire, disappear into the sunset, never to be heard from again. 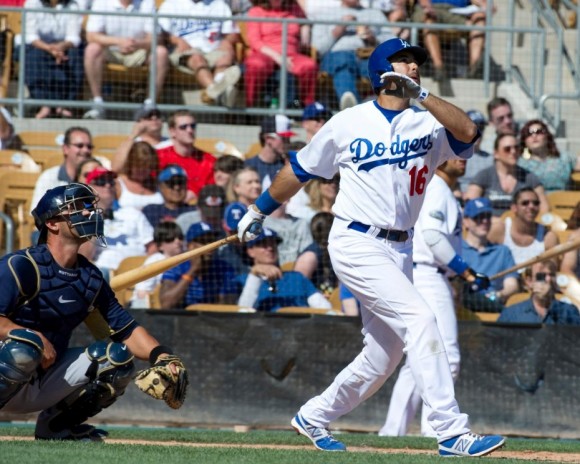 Andre Ethier is benefiting from Matt Kemp's Superman start to the season - and if it continues, he could be one of the biggest surprises of the season come September.

McGILLIGAN: This season has been full of surprises. It’s May and the Baltimore Orioles are still playing well, the Los Angeles Angels of Anaheim look terrible and none of the early season favourites – the exception being the Texas Rangers – look like the teams everyone expected them to be.

I know it’s early, but here are two players having surprising seasons that aren’t getting a lot of talk for different reasons.

The first is outfielder Andre Ethier. While he’s a been a solid major leaguer for several years, he’s off to a great start in 2012. While his solid play is not shocking, the tiny amount of fanfare its received is.

With Matt Kemp playing like Clark Kent’s alter ego, Ethier has been in the shadows hitting in the slot behind Kemp. Ethier is benefiting from Kemp’s great start, but has also played an intricate role in it. His ability to drive in runs means pitchers simply can’t intentionally walk Kemp because Ethier will burn them. His average with runners in scoring position this season is .391. He’s also amassed the National League’s second most RBI with 24, just one behind Kemp.

Ethier is on pace to break his personal best season of 2009 when he lit up NL pitching with a .272 batting average, 31 home runs and 106 RBI.  If it weren’t for the all-world numbers of Kemp, it’s likely more people would be raving about Ethier’s play.

If the Dodgers keep on winning, is possible the Kemp-Ethier combination might become the most formidable in NL and MLB this season.

The second surprising start of the year is outfielder Matt Joyce of the Tampa Bay Rays.

Hitting .294 with five homeruns and 9 RBI, Joyce has been a revelation in Tampa. Having never got a chance for a full season of steady at bats, Joyce mashed the ball when he got his opportunity this season. However, the return of BJ Upton to the lineup and Joyce’s career struggles against left-handing pitching will see him ride the pine when the Rays face a southpaw.

Far be it for me to question Joe Maddon, the guy is one of the best managers in the game, but how does a guy ever get better at hitting left-handers if he doesn’t face them. Joyce’s career numbers are not good versus lefties (.198 in 162 at bats). But he’s only faced a lefty in 15 percent of MLB at bats.

The Rays have a potential break out star on their hands, maybe an everyday outfielder in the making, but he won’t get to that stage without letting him learn against MLB-calibre left-handers.

*All numbers current as of 8 a.m. EST